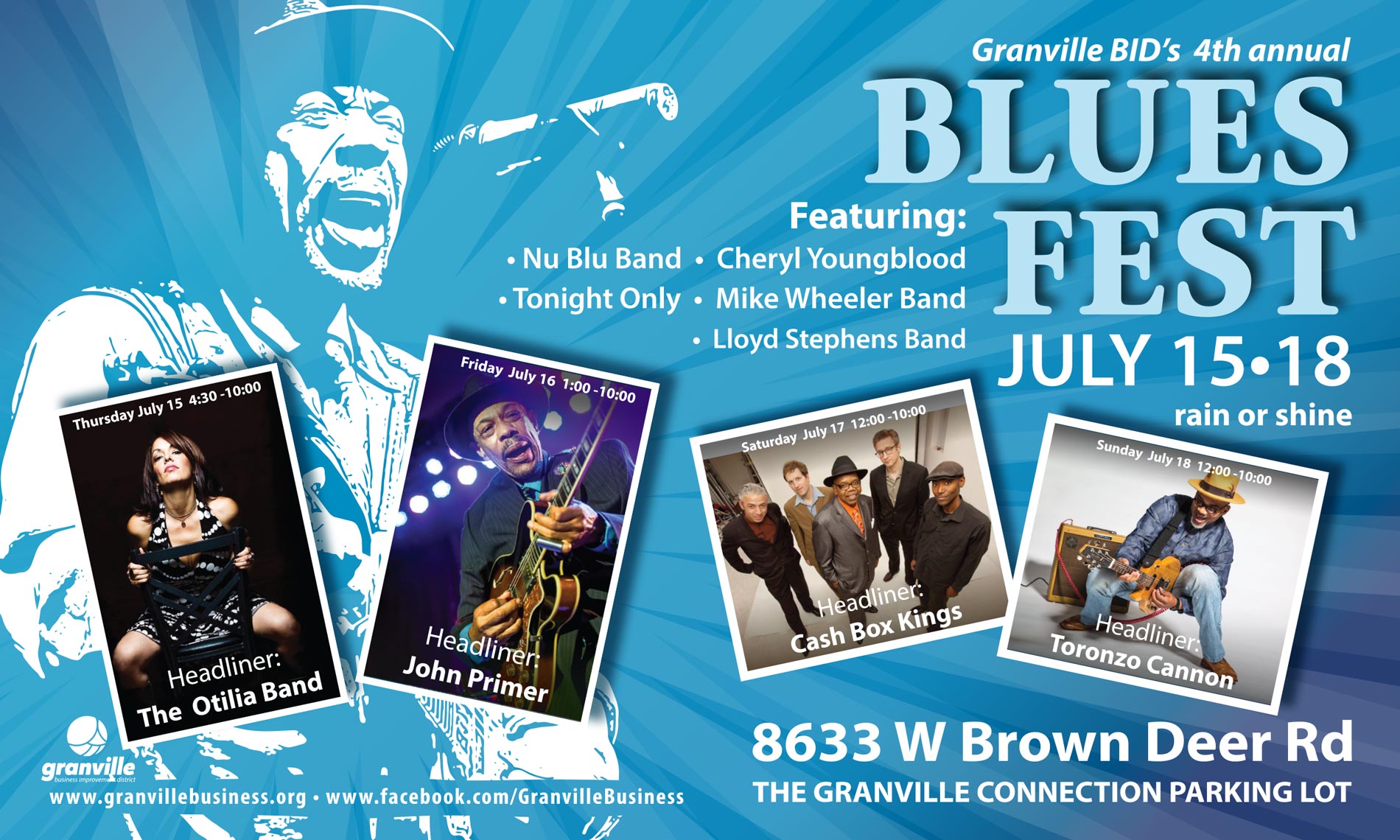 The blues and a bit of soul and r&b and did we say party, dance, and twist and shout are returning to Granville July 15-18. The Granville Blues Fest is back with an amazing lineup and headliners every night ….Thursday through Friday. There is also a delicious selection of food, drinks, and yes a vendor market.

Fun all weekend with the party beginning on Thursday, July 15 at 4:30 p.m. and continuing until Sunday at 10 p.m. Be prepared for a great weekend of music and fun. You might want to bring your own chair.

Granville will be the mecca for great entertainment….it’s free….it’s fun…and it’s the place to be in 2021. 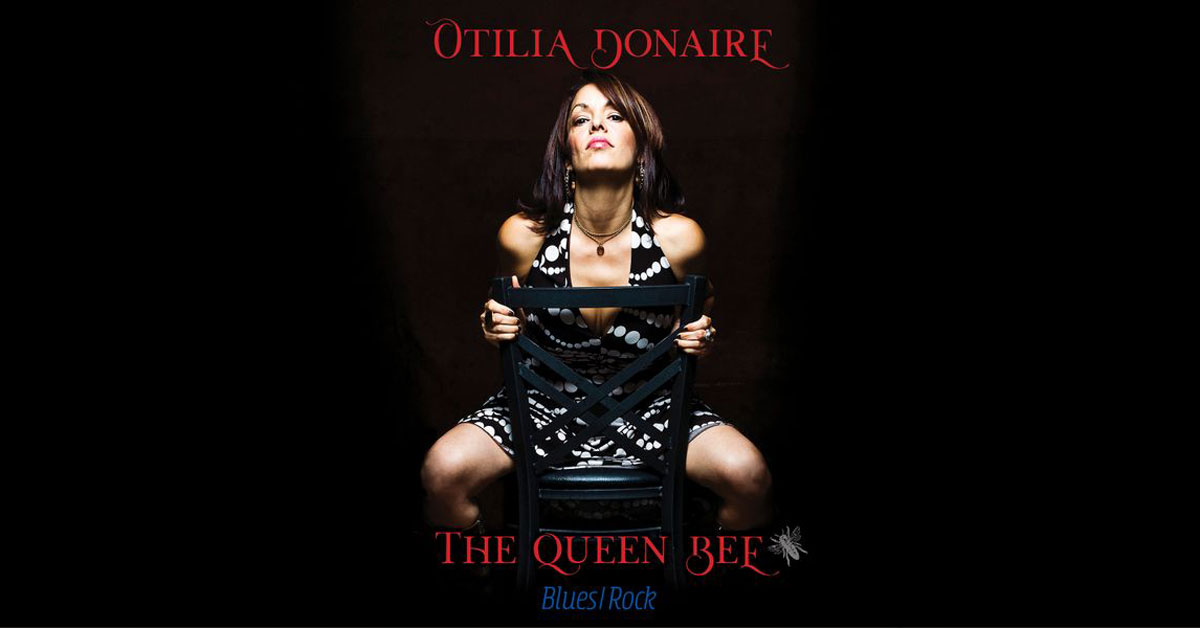 The Granville Blues Fest welcomes our Thursday, July 15 headliner, the Otilia Donaire Band at 7:30. San Francisco born and raised, Otilia Donaire, singer, songwriter and band leader always had a passion for music but didn’t get into singing professionally until late in life, and has never looked back. She now fronts and manages her own band, accompanied by some of the Bay Area’s finest rock and blues musicians playing upbeat covers and Blues-Rock originals that engage their audience and consistently delivers a fun and interactive show filled with rock, blues and soul that’ll make you want more. Blues is what she is drawn to and Otilia’s powerful and gritty vocal style (reminiscent of rock and blues icons Janis Joplin’s grit and Koko Taylor’s growl) sings with raw depth and emotion, and she has the adaptability to equally transition from a power driven rock song to a sultry, blues ballad in making her a crowd favorite. She is an exceptionally dynamic and versatile performer, who is as comfortable belting out hard core, down home blues standards as she is taking on vintage rock and soul classics 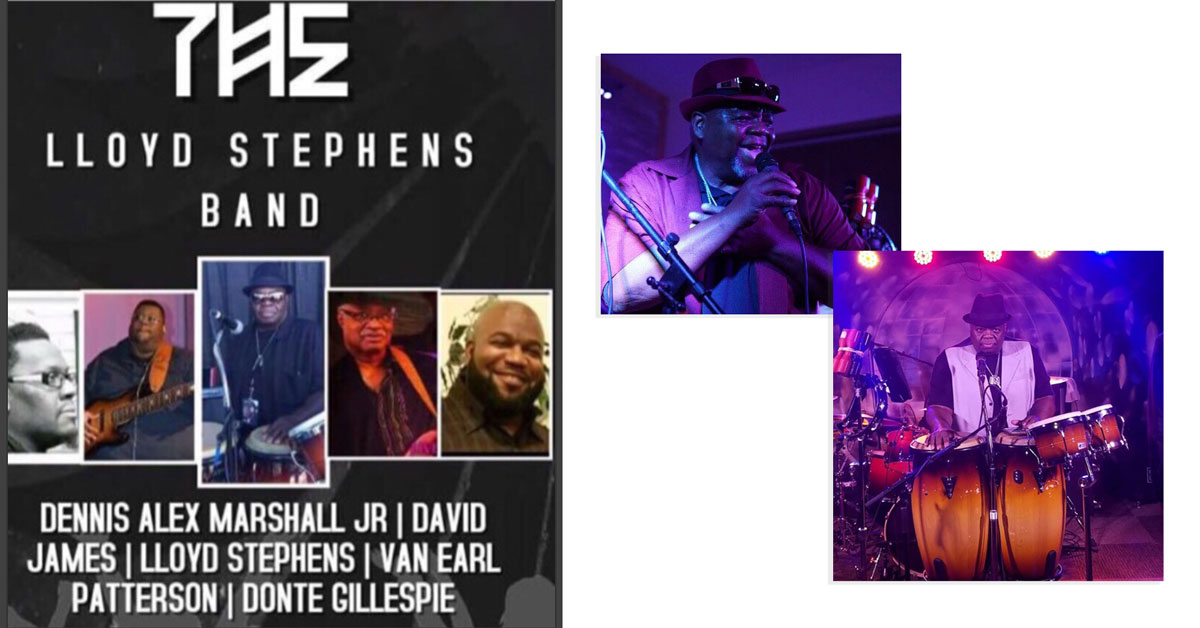 The Lloyd Stephens Band ignites the start of Granville’s Blues Fest, July 15-18. The four-day party of blues and soul begins on Thursday, July 15 with the old school sounds of the Lloyd Stephens Band. The LSB will get the party started and the fans ready for Thursday’s headliner from the San Francisco Bay area, The Otilia Donaire Band. The Otilia Donaire Band starts at 7:30a and plays until closing around 10. Lots of food, vendors, and drinks will round out a great beginning to a great event. 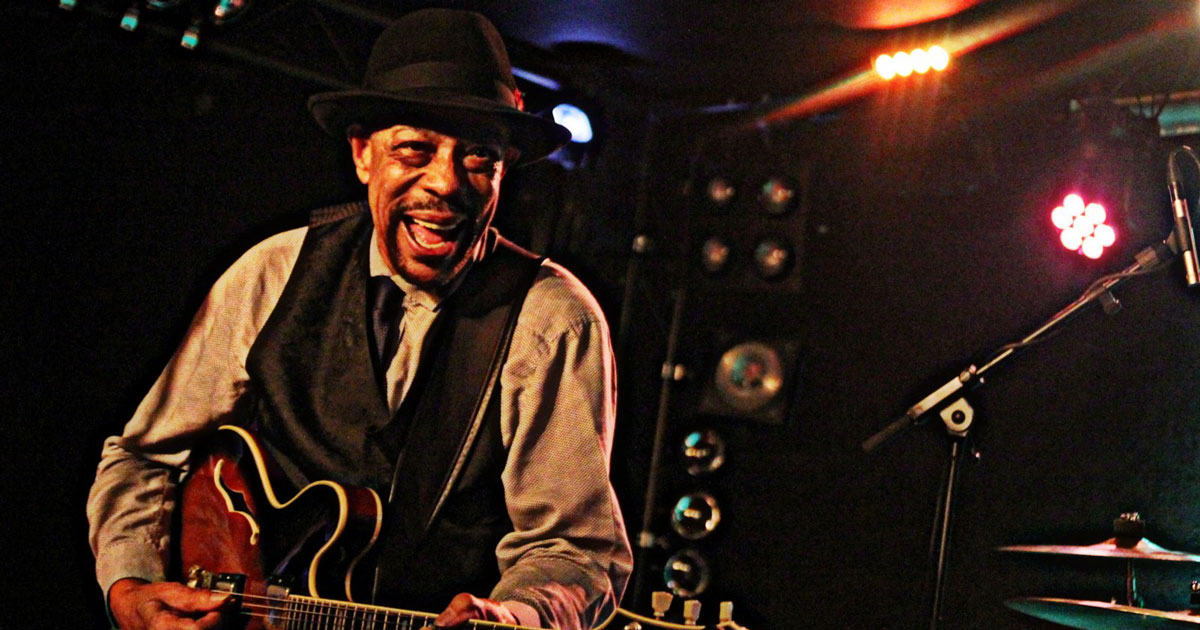 Headlining the Granville Blues Fest on Friday, July 16 from 7:30 – 10 p.m. is John Primer, a Chicago Blues Hall of Fame Artist! He has 2 Grammy nominations as well as played guitar on Pinetop Perkins Grammy award winning CD, Joined at the Hip. He won a Blues Music Award in 2016 for Traditional Blues Male Artist and one for Traditional Blues Album in 2012 with The Chicago Blues, A Living History Band. He has 2 Lifetime Achievement Awards and in 2018 John was given the “Muddy Award” for being a Traditional Blues Icon by the Jus’ Blues Foundation in MS. John is one of the very last traditional blues artists with original Mississippi roots. He was taught by the founding fathers of the blues, the “old way” (some say the “right way”). We need to cherish his blues innovative history and celebrate his amazing music! 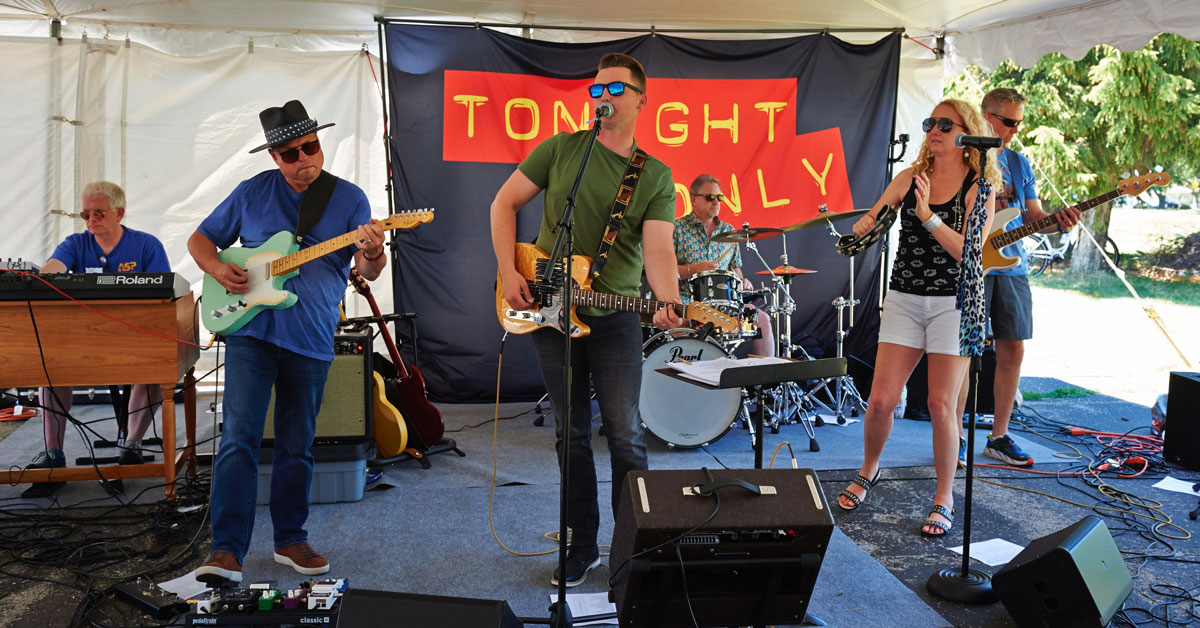 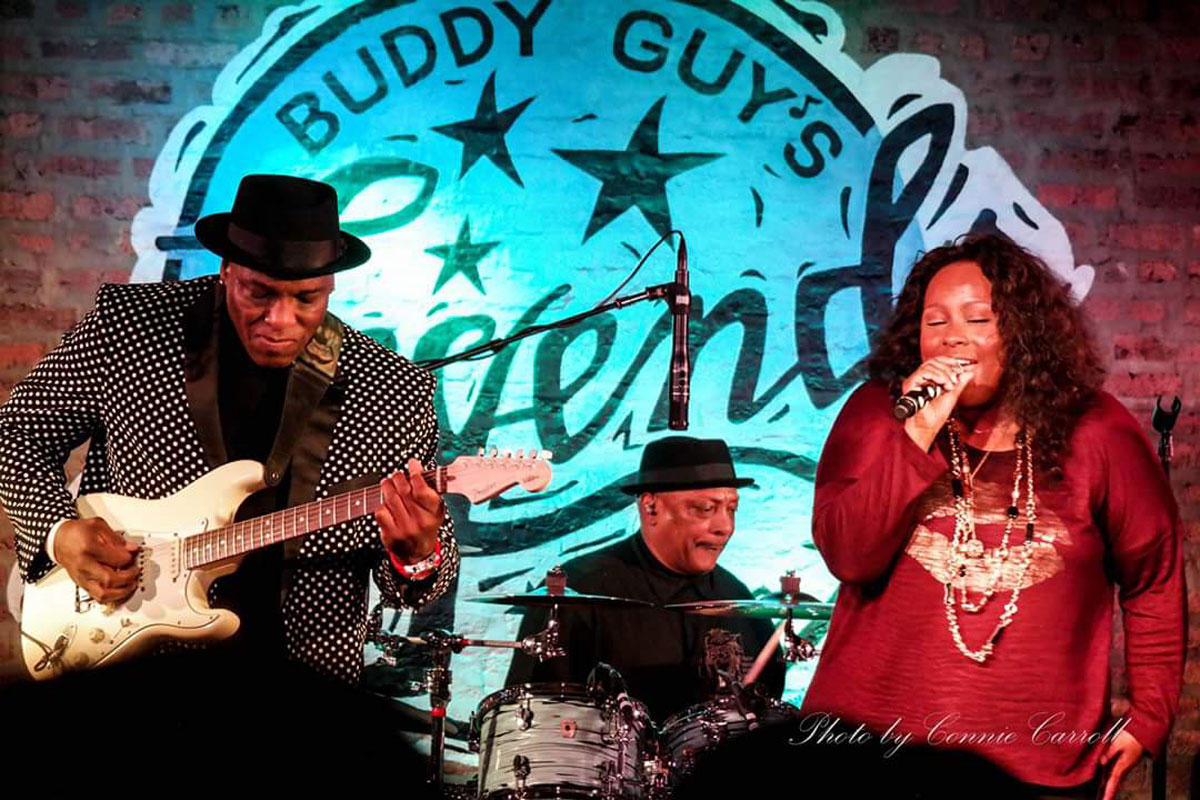 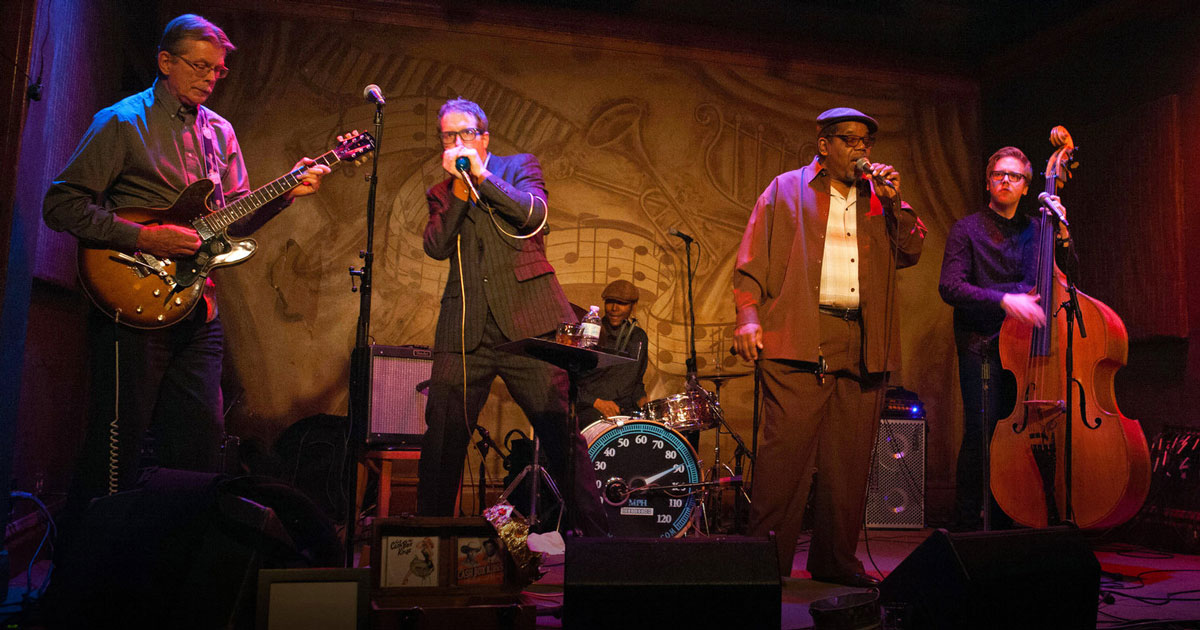 Mixing tough Chicago and Delta blues, jumping proto-rock ‘n’ roll, and steamrolling “bluesabilly” (their original mix of Chicago blues and Memphis rockabilly), they attack every song they play with contemporary authority and old school authenticity. The extraordinary ensemble playing between Nosek, Wilson, guitarist Billy Flynn, bassist John W. Lauler, drummer Kenny “Beedy Eyes” Smith and their friend, pianist Queen Lee Kenehira, is a true force of nature. The musicians feed off of each other’s ideas and energy, effortlessly moving from a lowdown purr to a full throttle roar. According to No Depression, “The Cash Box Kings are a royal hive of raucous houserockers. Whether resurrecting the past or living in the moment, they satisfy your craving for hardcore Chicago blues, served up hot and tasty.” 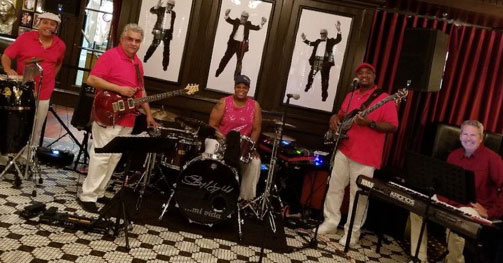 Sheryl & SAY YES! a professional, well dressed dynamic unit of fun energetic capable musicians and vocalist on the music scene, integrating Soul with Blues, Motown, Latin, Funk, Country, Reggae, Rock & Roll, R&B , Jazz, Disco, Hip-Hop, Dance and even DooWop classics. The excitement that Sheryl & SAY YES! have created has captured the attention of a rapidly-growing multicultural fan base, (which increases the bottom line) in the greater Chicago, Northwest Indiana area’s, and abroad. Some like one genre of music while others like a variety of music Sheryl & SAY YES! can perform in either aspect. The diverse repertoire of the band enables them to headline in many different settings they have opened for or shared the stage with many popular performers, notably The Whispers, The Spaniels, Kindred Family soul, Raheem Devaughn and more.

If a smooth cocktail or high-energy party is what you’re having, Sheryl & SAY YES! is the band that will give you the bang for your buck. Whether it’s Blues from KoKo Taylor to BB King, Hip Hop Beyonce to Bruno Mars, Rocking Out with Rolling Stones to Lady Gaga and Adele or if a little ol’skool is what you hunger for, dance to those all time favorite hits from E.W.F., War, The Isley Brothers, Temptations, Gap Band Cool & The Gang, Michael Jackson, The J5, Ready for the World, Bar-kays, Evelyn Champaign King and soooo many more. Journey back music to the 50’s to now Sheryl & SAY YES! will give you what you want.. Sheryl & SAY YES! can also incorporate their own originals tunes. Either way Sheryl & SAY YES! will rock any occasion! 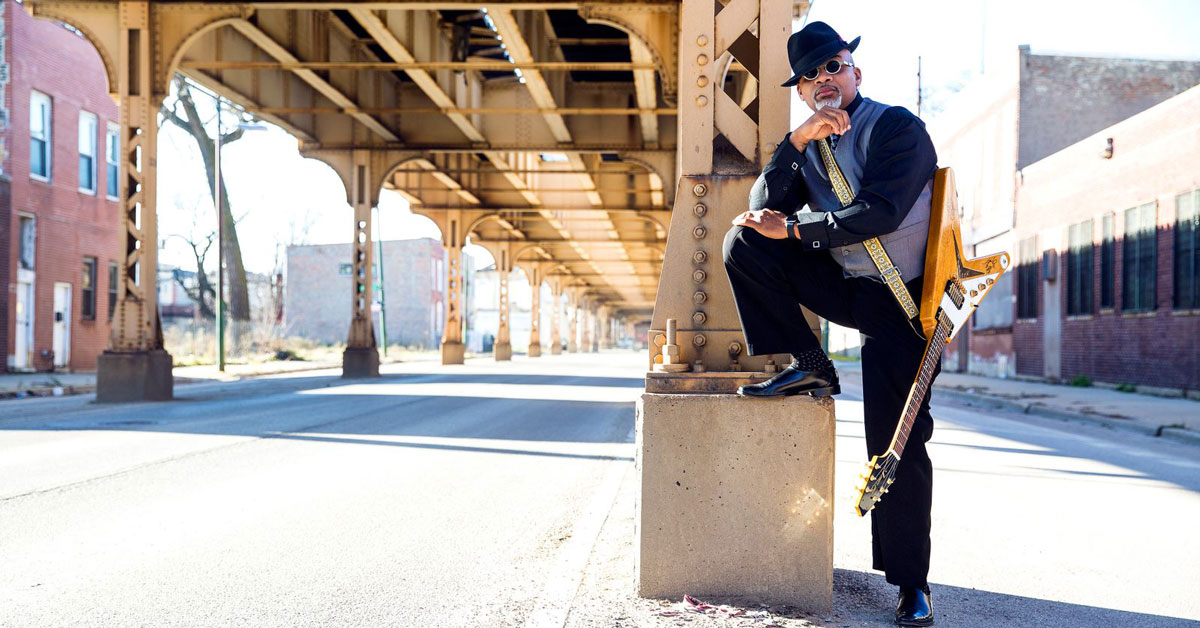 Chicago bluesman Toronzo Cannon defies all expectations. The blistering guitarist, soulful vocalist, singular songwriter and city bus driver fuses his muscular, rock-inspired blues guitar playing with his original, keenly detailed slice-of-life songs, blazing his own blues trail. With the 2016 release of his Alligator Records debut, The Chicago Way, Cannon burst onto the international stage as one the most electrifying bluesmen to emerge from Chicago in decades. His live performances unfailingly earn him heaps of critical praise and hordes of wildly enthusiastic fans. Cannon has played major cities all over the U.S., Canada, and Europe. He recently performed for the first time in Japan, delighting and surprising audiences with one unforgettable gig after another. Now, with the release of The Preacher, The Politician Or The Pimp, Cannon builds upon the foundation he’s laid, creating and defining his vision of contemporary blues.

Toronzo Cannon delivers his messages loud and clear. Between his searing chops, soul-satisfying vocals and vibrant and distinctive original songs, Cannon has grown from being a local attraction to become a world-renowned torchbearer for the blues. PBS Television’s Chicago Tonight sums it up like this: “Cannon is just your typical CTA bus driver who moonlights as a sought-after Chicago blues musician. As a guitarist, singer and songwriter, he drives the sound of Chicago blues from the city to blues clubs and festivals around the world.” 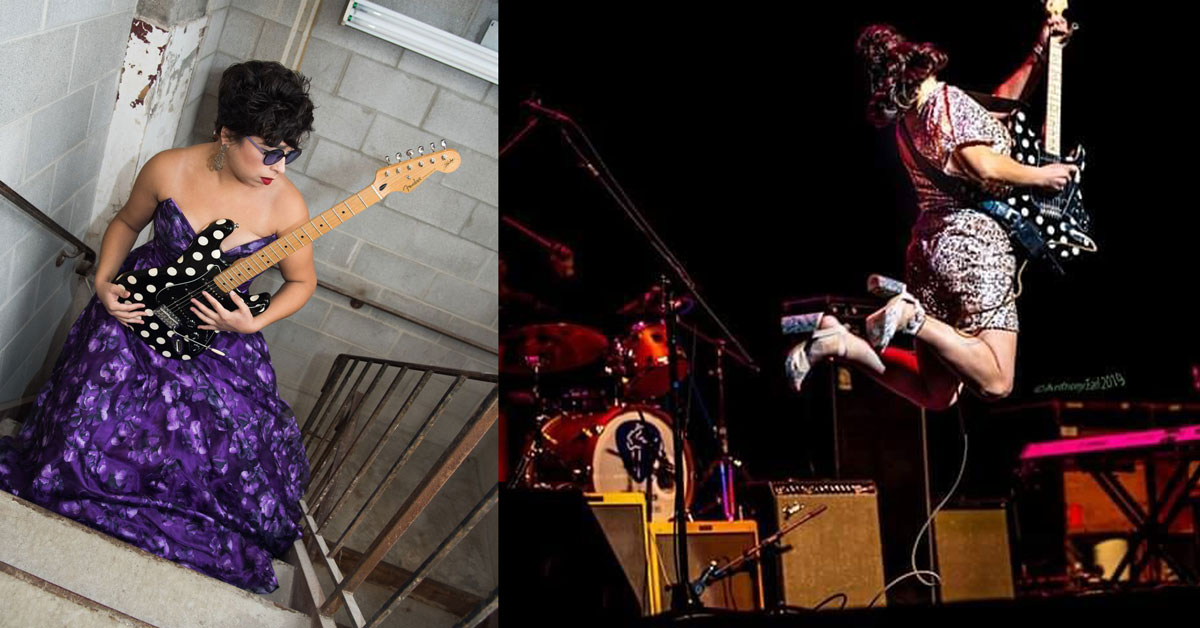 Ivy Ford, singer, musician, entertainer. Waukegan born and raised, at 26 she is quite the up and coming artist of the Chicago blues and live music scene. Ivy Ford started performing live with Kenosha based band The Real Deal, managed by Steve Rainey at 13 and since then continues to nurture her niche and calling to the music. She plays piano, alto saxophone, drums, bass guitar and guitar which are primarily self taught. In late 2012, Ford joined a local blues band which in time evolved into Ivy Ford and The Cadillacs and gained fair amounts of popularity. Ivy Ford, is one of the leading “youngbloods” of blues and brings a refreshing yet classic face to the music. She formerly handled her cherry red, Epiphone-339 with as much confidence as any of the bluesmen today and can belt out notes to fill a room and serenade a phrase sweeter than sugar in ways that make anyone and everyone tune in to what she has to say. With her latest “Buddy Guy,” polka dot Stratocaster Ivy Ford, always respects the history and tradition of roots and blues music, while presenting it in a fresh, young and trendy way.

Mike Wheeler has a vast knowledge of music and a voice that’s reminiscent of the late Sam Cooke. He can sing and play everything so well that you may forget what the original record even sounds like. From Jazz to Rock, from popular music to Top 40, he slides in and out of musical genres with sophistication, ease and indulgence. Mike Wheeler is a brilliant staple in the Chicago blues community, playing and writing songs for a variety of Chicago artists including, Nellie Tiger Travis, Peaches Staten, Sam Cockrell, Demetria Taylor, Big Ray & Cadillac Dave. Mike was a well known member of Big James &The Chicago Playboys, a notable band in Chicago and recorded five albums with the group. He has traveled the world as an ambassador for Chicago blues music. He’s been to Monaco, France, Switzerland, Spain and Belgium, just to name a few. He’s also shared the stage with the most elite musicians the world has known, including Willie Kent, Koko Taylor, Buddy Guy, B.B. King, George Benson, Jimmy Johnson and Shemekia Copeland. Mike was inducted in the Chicago Blues Hall of Fame in 2014. 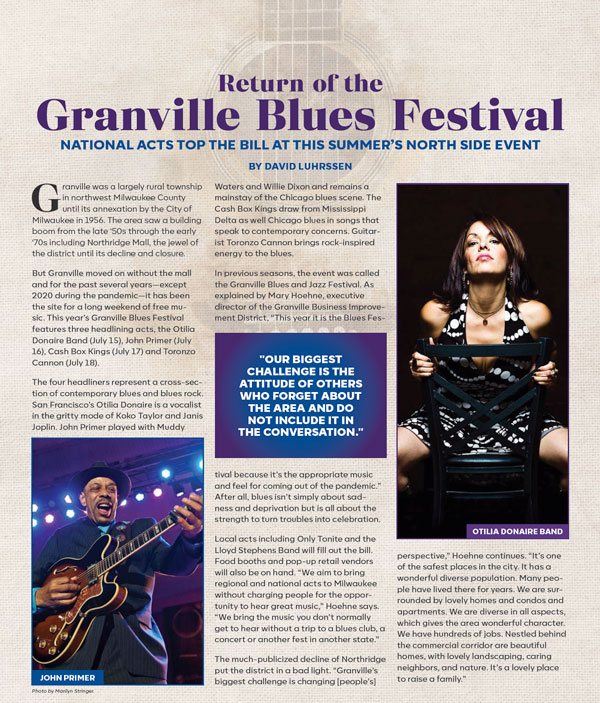